In recent years the indoor gardening industry has been witness to an increased focus on beneficial microbiologic organisms. Many gardeners and horticulturists already realize the benefits of harnessing microbiology as a way to integrate plant growth and fruiting parameters.

So what exactly is beneficial biology and what can it do for your gardening? To begin with, not all biological organisms are created equal — there are beneficial and detrimental critters. Healthy soil contains thousands of organisms, both beneficial and detrimental. The trick is to find the balance between the two so the rhizosphere biology will stimulate healthy and productive plant growth. Diversity is the term often used to define what constitutes a vigorous microbiology in many growing media adjuvants.

The sticky point here is defining what diversity means. Typically, it is meant to describe the numbers of microbiological organisms present in a product. However, what needs to be addressed is exactly what types of organisms constitute the numerical component of the diversity. The types of organisms that can be detected all have names, and it is only by being able to arrive at the correct organism’s name that one can be informed as to what type of diversity constitutes a sample. After all, you would not want pathogenic organisms to outnuber the beneficials.

The only way to determine what type of diversity a product has is to know the names (genus and species) of the organisms it contains. The name of an organism is the starting point for understanding specifically what the organism does. From the name one can look to the literature to identify the organism’s morphological, physiological, and ecological attributes. These attributes will inform the end-user if he or she has a detrimental or beneficial organism in the plant’s growing environment.

The types of microbiological organisms being utilized in the indoor gardening industry primarily belong to two groups — the fungi and the bacteria — with protozoa being utilized to a lesser extent. It is important to know what is in your growing environment, rather than rely only on numbers. Only by accurately identifying these tiny creatures from seed to harvest can gardeners gain an appreciation for the balance of biology in the successful growing of plants.

The fungi are single-celled to multi-cellular, filamentous eukaryotic organisms that have very unique lifestyles. Fungi are heterotrophs, in that they must obtain their food from external sources. This does not include the lichens, which are not discussed here. Fungi can live inside of plants, soil, animals, and wood. Essentially, every living thing in the biome is associated with fungi in one way or another. Our hands and surface skin are a veritable universe of microscopic life, especially for yeasts. Collectively the microscopic “threads” that constitute the fungal body are called a mycelium. A filament of mycelium is called a hypha, the plural being hyphae. The distinction between a bunch of hyphae and mycelia is not important here. It can be, however, when interpreting sample data from a reservoir. Often, bits and pieces of hyphae are collected in a plant or reservoir sample, and the micromorphological characteristics of these hyphae contain information a specialist can pass on to the grower. In order to assign a morphological name to a fungus, it is necessary to culture it and wait for reproductive structures to be made by the fungus. These reproductive structures are the characters used in the defining process for applying fungal names.

Fungi have the ability to produce extracellular enzymes that break things like cellulose, humic substances, and chitin into smaller components, making them more digestible by bacteria and, ultimately, plants. Many fungi are derived from the soil and can be harnessed for their beneficial properties. For example, the soil fungus Trichoderma contains the species T. harzianum. Trichoderma harzianum produces enzymes such as pectinase, which will promote the production of humic compounds. Plant root exudate sugars are an additional food source for the fungus, which the fungus utilizes to produce its own humic acid-like compounds. These humic compounds are a food source for beneficial bacteria and protozoa. Beneficial bacteria and protozoa break down humic acids and create fulvic acid for plant growth.

Gliocladium is also a naturally occurring soil fungus. A Gliocladium fungus produces antibiotics such as gliotoxin and viridan, two potent destroyers of plant pathogens. Gleeo has demonstrated protection against plant pathogens such as Phytopthora cinnamomi and allies, Pythium, Fusarium, Heterobasidion, and Phoma. The soil fungus Beauveria bassiania preys on insects and does not harm plants. The fungus has evolved over time to rely on insects and arthropods as its sole source of food. It is used as a miticide and insecticide in many greenhouses and hydroponic systems.

Since fungi are filamentous, some have advocated hyphal diameter as a character state to lump fungi into beneficials or detrimentals. This is misleading because fungal diameter has little meaning unless the fungus can be identified and a name applied to it. For example, fungi with a diameter >10 mm (micrometer) (1 mm =1/1000 of a mm) typically include many pathogenic and “simple sugar fungi.” Fungi with hyphal diameters less than 3 mm can include many beneficial fungi, such as fungi that eat insects and arthropods. Both detrimental and beneficial fungi have hyphal diameter ranges that overlap with each other.

Often colour is used to indicate bad or good fungi, which is useful in a very broad sense. The dark-coloured mycelial moulds are almost all saprophytic. This means that they are potential pathogens, and most can cause decay in either living or dead plant material. Not all fungi are created equal — some intimately help plants, others rely on plants as a source of food. The idea is to identify potential problem fungi in the growth environment before they take over.

Bacteria are prokaryotic organisms, as opposed to the eukaryotic fungi and protozoa. his means that their bodies are typically composed of one cell and that the important stuff in the cell has no membranes. In other words, a wall does not surround the nucleus of the cell as in eukaryotes. The nucleus (or nucleoids) is where the action is — it contains genetic organizational material. This material must be passed on to each new “generation” of bacteria that are created. he bacteria can be identified at a group level by their size (avg. 2-15 µm) and shape. Shape-wise they fall into three form groups: the straight or rod shaped (bacilli); the spherical or round (cocci); and the long, coiled or spiraled (spirilla). A process called gram staining, which permits the bacteria to be split into either gram-positive or gram-negative groups, further identifies the bacteria. From within these groups series of physiological tests can be performed to identify the bacteria to the genus and species.

Bacteria cell walls are very thin, being around 10-80 nanometers (1 nanometer=1/1000 of a micron) in depth. Some bacteria can form adhesive sugars that allow them to stick to surfaces. Forming these polysaccharide glues is believed to permit bacteria to initiate infections and colonize plant surfaces. Often a gelatinous layer is formed on the outside of the bacterium, which is called a capsule. This layer is also a sugar and can be removed sometimes by treating the bacteria chemically.

As with the fungi, there are both bad and good bacteria. Bacteria are for the most part heterotrophic and need to get their food from outside sources. Saprobic bacteria obtain food from decaying organic matter. They help produce nitrogen in a form plants can utilize both from soil decay and atmospheric gas conversion. The autotrophic bacteria make food by either photosynthesis or by chemosynthesis. In hydroponic systems, one does not want a strict system without any oxygen (anaerobic), because it fosters the growth of fermentation or pathogenic bacteria.

Many aerobic soil bacteria also provide protection to growing plants. Bacillus subtilis is a beneficial bacterium that provides protection from plant wilt fungi and helps retain moisture on plant surfaces. The bacterium has been used in the protection of corn seedlings from Fusarium rot and even has been used as a coating on corn seeds before they are planted. This creature is unique in that it can form a viable endospore that is able to withstand fluctuating environmental conditions. In fact, the critter is so tolerant to radiation and high and low pressure differentials that it is studied as a model organism for outer space research of microbiological organisms.

Protozoa are members of the kingdom Protoctista and, like fungi, require an external source of food, with some exceptions. These creatures are typically utilized in biological, compost, and vermicompost teas for their ability to break down large soil-like particles into smaller bits and pieces that bacteria and fungi can chew on. Protozoa are unicellular eukaryotes. This means that they have a membrane-bound nucleus and can have simple to elaborate organelle systems. There are three common categories that protozoa are put into for convenience: the ciliates, amoebates, and flagellates. The terms are based on the presence/absence of minute “tentacles” (flagella or cilia) on the bodies of the creatures. Often the difference between a cilia or flagella can be difficult to ascertain, particularly on very small specimens. Amoebae are less difficult to differentiate, as they have a body type that looks like a blob of jelly that expands and contracts. The protozoa can range in size from 5-1000 µm in length. These organisms are primarily identified by their micromorphological attributes. They can have the most bizarre shapes, ranging from amoeboid-like to something out of a science fiction movie.

A wide variety of biological organisms are now available to the indoor and outdoor gardener. Begin experimenting with different organisms based on what you feel works best for your vegetables, flowers, and whatever else you are currently growing. By harnessing the available microbiology all plants require, you will see first hand the positive effects beneficial biology will have on your plants. 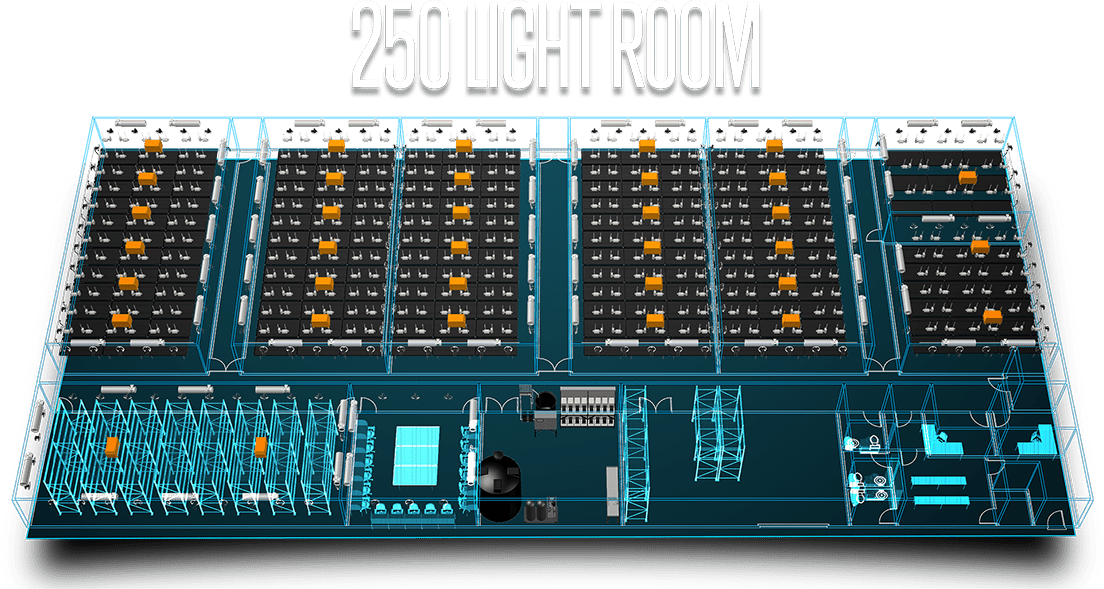 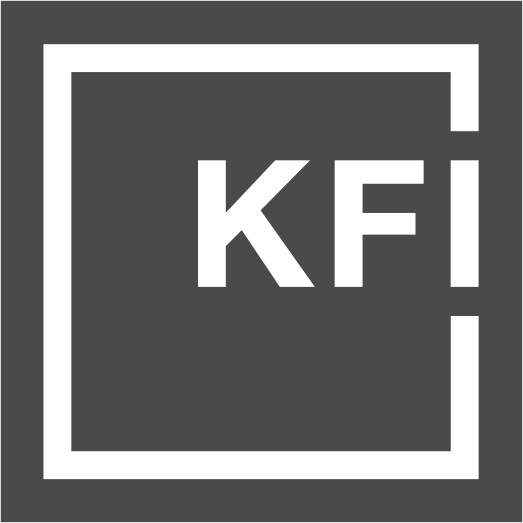 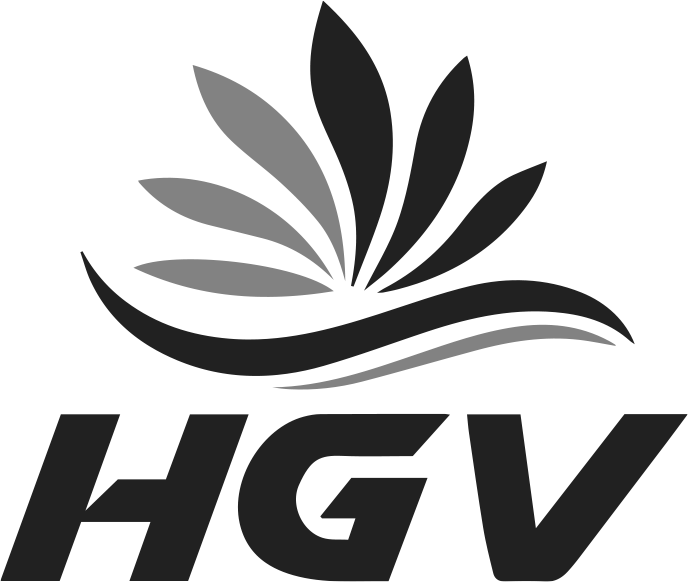